Kona International Airport (KOA) has prepared the Tarmac Delay Contingency Plan pursuant to §42301 of the FAA Modernization and Reform Act of 2012. 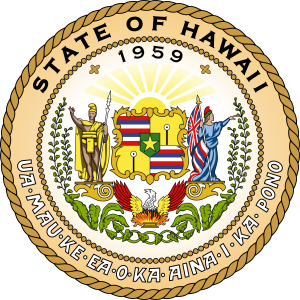 KOA is operated by the Hawaii State Department of Transportation, Airports Division, who has appointed the Airports District Manager (ADM), Hawaii District, to direct the airport.

This plan describes how, following excessive tarmac delays and to the extent practicable, Kona International Airport will:

KOA operates as a Class I Airport with scheduled airline service, with a 24 hour, 7 day operation.

In the event of diversion or other irregular operations events, aircraft operators should contact Airport Operations Control at 808-329-1083 for assistance.

Provide the deplanement of passengers

KOA does not own or operate any equipment needed to safely deplane passengers from air carrier aircraft.  We will provide a list of airlines, ground handlers, fixed base operators and others who may have the necessary equipment and personnel to safely deplane passengers to airlines as soon as practicable after receiving requests from such airlines experiencing excessive tarmac delays at the contact number listed above.

The gates at KOA are under common use to air carriers and are controlled by the Airport.  We direct our common use air carrier users to make gates and other facilities available to an air carrier seeking to deplane at a gate to the maximum extent practicable. An air carrier declaring an “excessive tarmac delay” will be returned to any available gate, or available hard stand.

The Terminal provides additional facilities, such as, airline ticket counters, baggage claim areas, restrooms, etc.  It is able to accept 747 type aircraft and consist of Gates 1 thru 10. Concessionaires are available and operate to coincide with airline schedules.

Provide a Sterile Area for Passengers Who Have Not Cleared U.S. Customs and Border Protection

Deplaned international passengers of an excessive tarmac delay will be isolated at Federal Inspection Services Tent which houses U.S. Customs and Border Protection.

KOA Emergency Contingency Plan, dated May 31, 2012, is updated every 5 years and submitted to the U.S. Secretary of Transportation for review and approval.