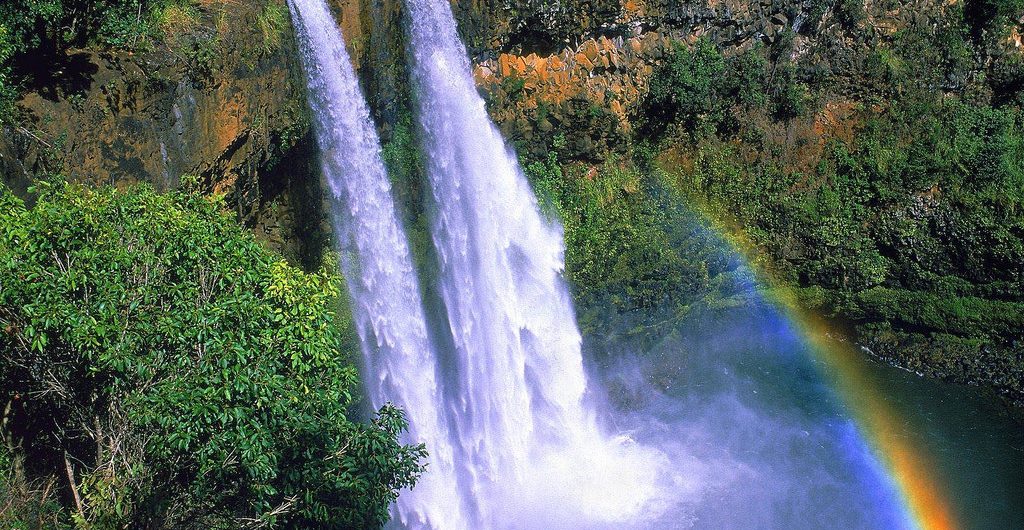 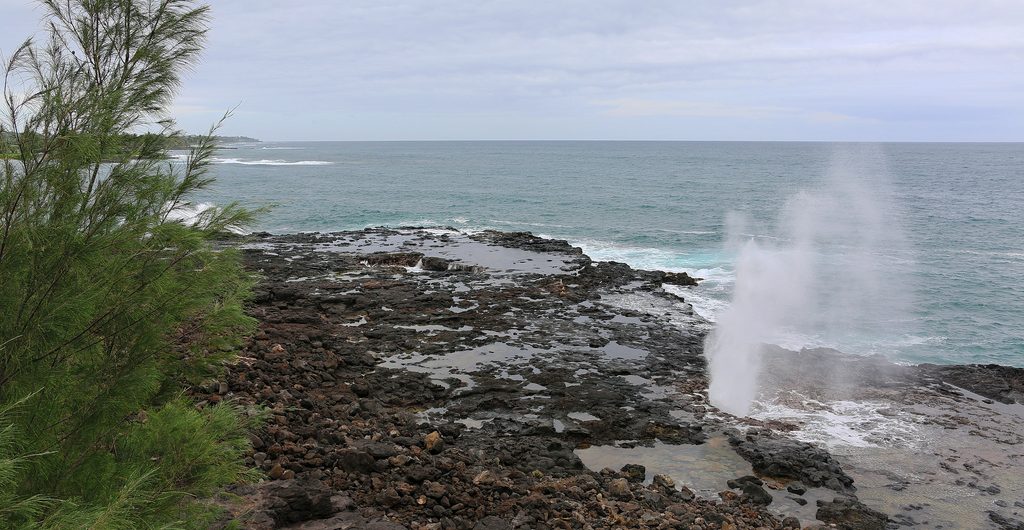 Port Allen Airport is located one mile southwest of Hanapepe, Kauai.  It is a general aviation airport currently used for scenic helicopter tours, ultralight aircraft traffic and skydiving. The airport is 179 acres and has one asphalt runway (9-27) which is 2,450 feet long and 60 feet wide. The airport is restricted to aircraft weighing less than 12,500 pounds.  The maximum authorized landing weight is S-18.

PAK is owned by the State of Hawaii Airports Division and is operated by the Kauai Airport District in Lihue.

The airport has a long history of serving the aviation community on Kauai.

The first emergency landing strip was built on the island of Kauai in 1919.

In the 1920s the U.S. Signal Corps and U.S. Army Air Corps used a portion of land near Port Allen  as a landing strip. A Signal Corps reservation adjoining the airstrip housed personnel operating a communication station on the airfield.

On June 8, 1928 a meeting was held to select a site for a main airport on the Island of Kauai.  $15,000 was appropriated for purchase of land at Port Allen to establish an airport. The Army Air Corps later named the airport Burns Field.

The first passenger air service to Kauai was inaugurated by Inter-Island Airways on November 12, 1929, on a twice weekly schedule to Port Allen Airport. Runways at Port Allen were set-up and extended in 1930 using prison labor

In 1931 the Territorial Legislature appropriated $35,000 for an airport more centrally located at Wailua.  Inter-Island Airways schedules were increased to three weekly, serving both Wailua and Port Allen.  Upon inauguration of service with larger aircraft, operations were transferred back to Port Allen.

Inter-Island Airways was awarded an airmail contract from Honolulu to Kauai on October 8, 1934.  Scheduled air mail and passenger service across the Pacific began on September 22, 1935. In 1938, the Civil Aeronautics Administration restricted the use of Wailua declaring it unsafe for larger aircraft, and Inter-Island Airways moved its operations back to Port Allen.  Inter-Island augmented its service with larger 16-passenger, S-43 amphibians in 1935 and 1936. These planes, together with DC-3s which were placed in operation in 1941, served the Island of Kauai through Port Allen Airport until the field was closed at the outbreak of World War II.

Prior to World War II $127,100 had been spent on various WPA projects in clearing, grading and paving at Port Allen Airport.  After release of the airport by the military in 1946, the runways were rehabilitated at a cost of $33,457, of which the Federal Government contributed $17,500.

During the war, Kauai was served through the Air Force field at Barking Sands. At the outbreak of the war, Port Allen was taken over by the military and, as a safety precaution, the runways placed out of service. After the war, this airfield was used by non-scheduled operators; however, scheduled airlines under CAA regulations were required to continue service from Barking Sands. Port Allen continued to be used by non-scheduled operators and fixed base operators. A total of $33,457 was spent on rehabilitation of the runway system.

Economic pressure gradually forced the non-scheduled operators to suspend operations, and by 1954 only two continued to serve the airport. Numerous private planes were based at Port Allen in the 1950s, among which were aircraft used for aerial photography and to assist commercial fishermen in spotting fish.

Other than the landing areas and a public waiting room with toilet facilities, the physical improvements by 1955 include three privately owned hangars and an office building.

In 1984, security fencing was built at Port Allen Airport

A new Master Plan for Port Allen Airport was proposed in 1988 to allow helicopter operators to obtain leases for the construction of maintenance and passenger facilities.

August 28, 2020 – The State of Hawaii is announcing that the new online Safe Travels application will be mandatory for all travelers on Sept. 1.  This new digital application, which collects the required health and travel information, is critical to protecting the health of our residents and visitors alike.  Safe Travels is one part of a multi-layered screening process which includes arrival temperature checks, and secondary screening for those with symptoms or temperatures of 100.4 degrees Fahrenheit or higher.  The application can be found at https://travel.hawaii.gov. MORE>>

August 7, 2020 - Governor David Ige announced the partial reinstatement of the interisland quarantine, effective Aug. 11, 2020. The 14-day quarantine requirement will apply to any person traveling to the counties of Kauai, Hawaii, Maui and Kalawao as stated in the 11th supplementary emergency proclamation. The interisland quarantine continues through Aug. 31 unless it is terminated or extended by a separate proclamation. MORE>>

New thermal temperature screening equipment in use at Hawaii’s airports

August 5, 2020 - The Hawaii Department of Transportation (HDOT) Airports Division is pleased to announce the thermal temperature screening equipment is now in use to help detect passengers with a temperature of 100.4 degrees and above. MORE>>

July 17, 2020 - Gov. David Ige has signed the 10th Emergency Proclamation, which keeps the mandatory 14-day quarantine in effect for travelers entering the State of Hawai‘i. Under the proclamation, travelers arriving in Hawai‘i will continue to undergo a mandatory screening process at the airport. MORE>>

July 13, 2020 - Gov. David Ige today announced he will delay the launch of the pre-travel testing program for incoming travelers to Hawai‘i. The program is now scheduled to begin on Sept. 1. This means all travelers entering the State of Hawai‘i will be subject to the mandatory 14-day quarantine until Sept. 1, when the pre-travel testing program is scheduled to begin. MORE>>

June 25, 2020 - Beginning Aug. 1, 2020, all trans-Pacific travelers arriving in Hawaii from out-of-state will have the option to get a valid COVID-19 test prior to their arrival, and show proof of a negative test result, to avoid the 14-day quarantine. Evidence of a negative test result must be provided upon arrival in Hawaii. Without this, passengers arriving from out-of-state will be subject to the 14-day quarantine. Travelers will be responsible for the cost of the pre-travel test. No testing will be provided upon arrival at the airport. The Health Department is in the process of developing this program but anticipates requiring an FDA-approved PCR test from a CLIA certified laboratory. These plans are in development and the process and requirements are to be determined in the coming weeks. MORE>>

June 3, 2020 - Gov. David Ige announced that the state will be lifting the 14-day quarantine requirement for interisland travelers, effective June 16.

The state Department of Transportation will require thermal screening at the airport for everyone traveling interisland. HDOT will also require travelers to fill out a new form that will now also ask for health-related information to assist the state in tracking and responding to new COVID-19 cases. MORE>>

May 18, 2020 – Gov. David Ige today signed the 8th supplemental emergency proclamation, extending the 14-day quarantine for travelers arriving in the State of Hawai‘i, as well as for inter-island travelers through June 30. MORE>>

Governor Ige gives first round of businesses greenlight to re-open

May 5, 2020 – Gov. Ige today signed a 7th Supplementary Emergency Proclamation that authorizes the first group of businesses to re-open since the COVID-19 pandemic forced the temporary closure of non-essential businesses across the state on Mar. 25. The latest proclamation also allows residents to leave their homes to patronize certain businesses and activities under the new “Safer-at-Home” order. Social distancing, travel quarantine requirements remain in place. MORE>

April 25, 2020 – Gov. David Ige signed a a sixth supplemental proclamation  amending and restating prior proclamations and executive orders related to the COVID-19 emergency. The proclamation extends the stay-at-home order across the state including the 14-day quarantine for both visitors and residents entering the state and for inter-island travelers until end of May. MORE>

April 24, 2020 – The Hawaii Department of Transportation (HDOT) has implemented improved measures to verify incoming passenger information before they leave the airport to help ensure people are abiding by the traveler quarantine order. The enhanced process is underway at the Daniel K. Inouye International Airport (HNL) and will begin statewide in the coming days. MORE>>

UPDATE May 14, 2020 – The Interisland Declaration Form has been replaced by the Mandatory Travel Declaration Form. A revised 14-Day Order for Self-Quarantine form was released on May 13, 2020.

All interisland travelers that do not have access to digitally submit their information must complete the manual Interisland Declaration Form.

All arriving International and Continental U.S. travelers shall continue to complete and submit the State of Hawaii Department of Agriculture Plants and Animal Declaration form.

All travelers shall also complete the 14-Day Order For Self Quarantine form.

View the Order for Arriving Persons Traveling Who Are Exempt from Self-Quarantine.

March 31, 2020 – Gov. David Ige today signed a fourth supplementary proclamation that requires all residents and visitors traveling between any of the islands in the State of Hawai‘i to self-quarantine for 14 days. The quarantine mandate takes effect at 12:01 a.m. on Wed., Apr. 1. All who travel inter-island will be required to fill out and sign an Interisland Declaration Form. It will include: Name; residential address; contact telephone number; and destination information. They must also indicate the purpose of their travel. MORE>>

March 21, 2020 – Gov. David Y. Ige issued a second supplemental emergency proclamation ordering all individuals, both residents and visitors, arriving or returning to the State of Hawaiʻi to a mandatory 14-day self-quarantine. The mandate — the first such action in the nation — applies to all arrivals at state airports from the continental U.S. and international destinations and extends to other private and commercial aircrafts. MORE>>

March 12, 2020 – The Hawaii Department of Transportation (HDOT) is installing 250 hand sanitizing dispensers with more than 12,000 boxes of anti-bacterial solution that will be placed in high passenger volume areas throughout the airports statewide. MORE>>