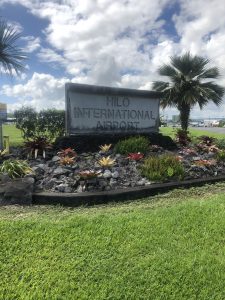 General aviation facilities are located along the eastern edge of the crosswind runway, also served by the terminal access roadway. A parking apron for transient military aircraft is provided at the western edge of the runway.