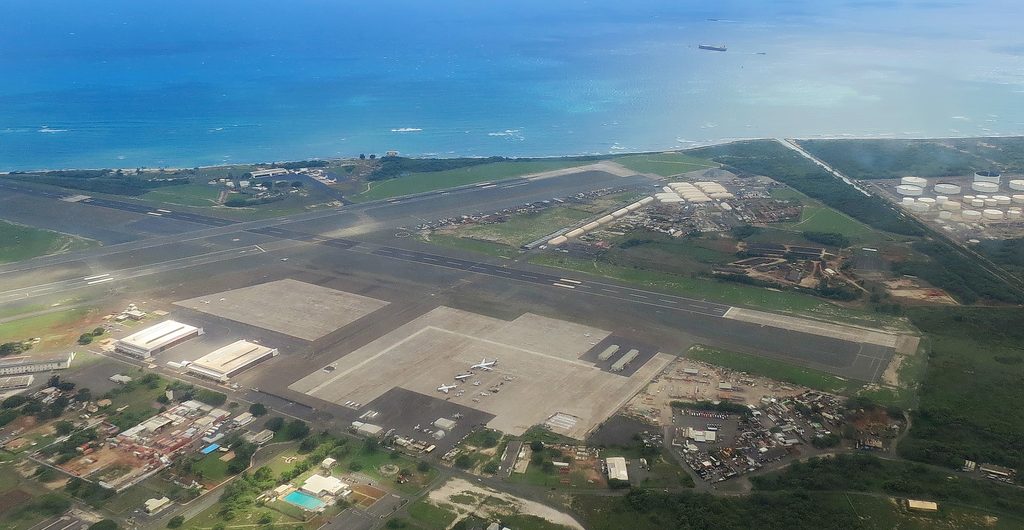 Kalaeloa Airport has been owned and operated by the Oahu District of the State Airports System since July 1, 1999 as a general aviation reliever airport for Daniel K. Inouye International Airport. It has air traffic control functions from 0600 to 2200 daily but is available as an alternate 24/7/365 and has full daily fire fighting capability.

Users of the airport are the U.S. Coast Guard, Hawaii Community College Flight Program, Hawaii National Guard and the general aviation community. Major touch and go training occurs at JRF. In 2007 there were 123,184 air operations.

Kalaeloa Airport is a major state asset because it provides a launch site for Coast Guard Search and Rescue operations, a training base for general aviation, an emergency response platform, alternate landing site for airlines and the military, and extension of the capacity of HNL. The runways date from 1942 and will continue to serve aviation for many more decades.

Four of the buildings on Kalaeloa Airport are eligible for the National Register of Historic Places because of their distinctive architecture. These are the Air Traffic Control Tower (Building 4), Hangars 110 and 111; and the maintenance building (115) which was originally a torpedo assembly and maintenance facility.

September 09, 2021 – Gov. David Ige has signed an executive order that requires contractors and visitors at state facilities and on state property to provide their vaccination or testing status prior to entry. The Order takes effect on Sept. 13, 2021. MORE>>

September 14, 2020 – A new JRF ID badge has been created to improve safe and convenient access and use of Kalaeloa Airport consistent with Hawaii Administrative Rules, Title 19, Chapter 14, Public
Conduct at Public Airports. Effective December 1,2020, a JRF ID or HNL AOA/SIDA badge
will be required for unrestricted access, identification, and escort privileges on Kalaeloa Airport.  MORE>>

June 24, 2020 – Electric vehicles have been able to park at airports free of charge since 2012. Electric vehicle owners will be assessed the parking fee at the airports and any other lot or metered area that was previously free beginning 12 a.m. on July 1, 2020.  MORE>>