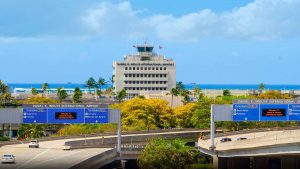 Daniel K. Inouye International Airport (HNL) is one of the world’s largest, busiest and most beautiful airports, formerly known as Honolulu International Airport.  Owned and operated by the State of Hawaii Department of Transportation, it covers 4,520 acres of fast and submerged land, and is larger than the major resort destination of Waikiki, which is located 10 miles to the south.

HNL has four active runways, including the 12,000-foot Reef Runway which was the world’s first major runway built entirely offshore.

The airport is served by international and domestic carriers, interisland airlines, and commuter airlines.

At any given daytime or evening hour, an estimated 10,000 people are in the airport complex as passengers, employees or visitors.  Approximately 15,000 people work at the airport every day and another 20,000 depend on the airport daily for their livelihood. The State Department of Transportation Airports Division employs a workforce over 1200 employees statewide. Daniel K Inouye International Airport employs a workforce of 790, with 250 whom are custodians.

The state operates two Aircraft Rescue and Fire Fighting stations, one adjacent to the Reef Runway and the other near the Terminal 1.

The airport works closely with the Airline Committee of Hawaii, the Airport Concessionaires Committee, the Federal Aviation Administration and other federal agencies, and Joint Base Pearl Harbor Hickam (JBPHH) in the operation of the airport. 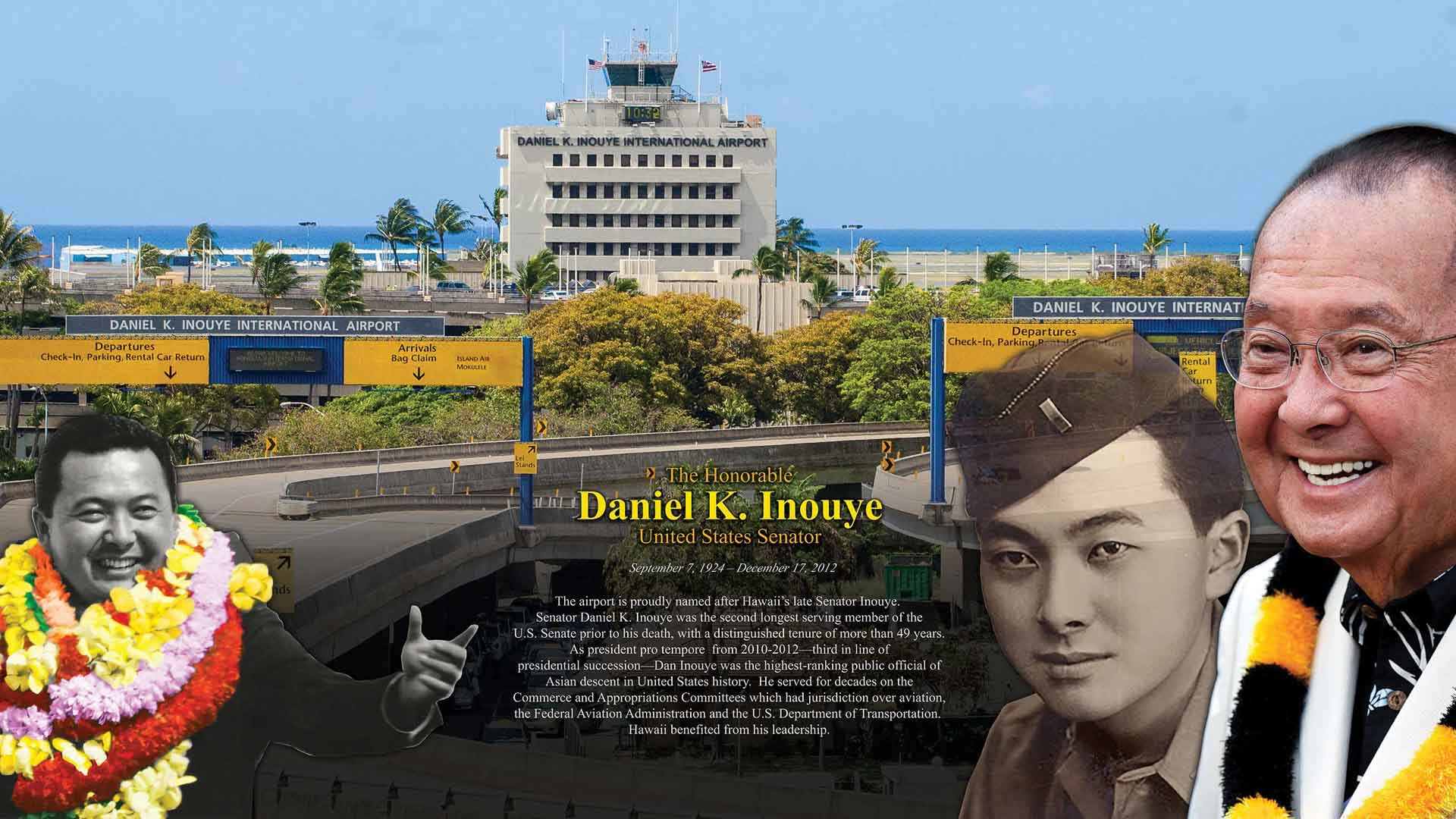