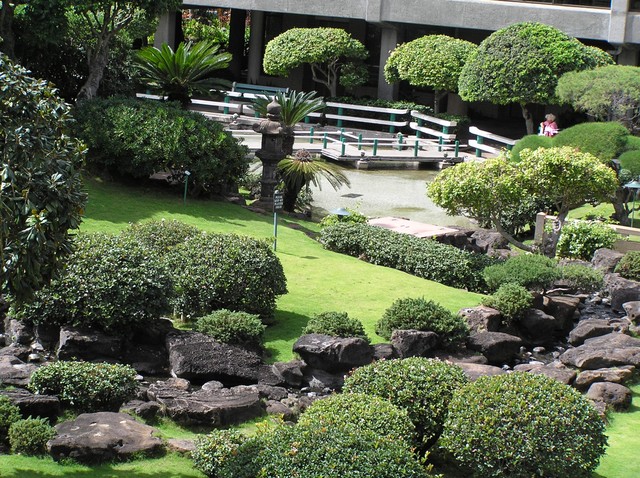 Daniel K. Inouye International Airport offers travelers a pleasant break from their travels at several garden sites. The Chinese, Hawaiian and Japanese Gardens were designed by Richard C. Tongg, FASLA, in 1962 when Daniel K. Inouye International Airport was built on this site. The Gardens surround Terminal 2 Ticketing Lobby and the E Gates of the airport.

The cultural gardens display the influence of the Hawaiian, Chinese and Japanese heritage upon “island living” in the State of Hawaii. Pathways, bridges and stepping stones connect the three gardens. Waterways flow among these garden ponds and lakes to symbolize the intermingling of the cultures in Hawaii. Sculptures from various artists may also be found in the gardens. 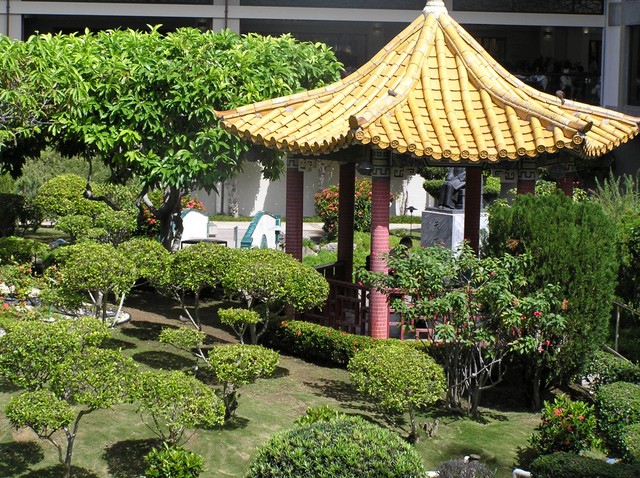 The Chinese Garden has a bright red resting pavilion with a curved roof of yellow glazed tile crafted by Hong Kong masons and artists and assembled in Honolulu. A statue of Dr. Sun Yat Sen, founder of the Republic of China, was donated by the Chinese community to the garden. There is an arched bridge symbolic of the hope of spanning the seas to achieve world peace. Koi fish peacefully swim about in the man-made pond. Pine and bamboo trees along with other native Chinese flowering trees are strategically placed among craggy rock formations. 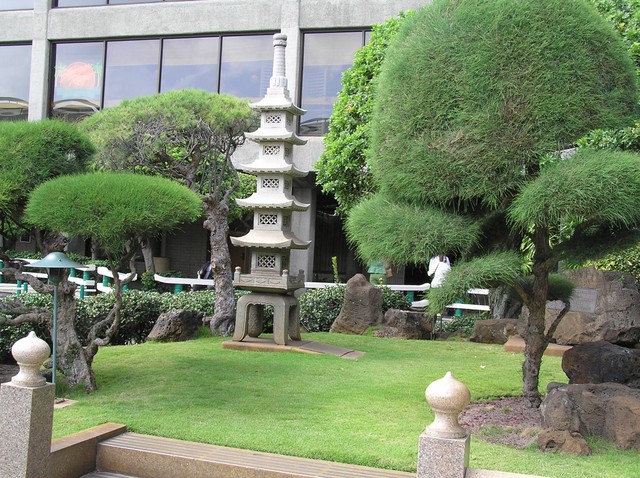 Serenity is found in the Japanese Garden. Across a zigzag bridge (which keeps away evil) is a wood shingle-roofed shelter with stone benches. Colorful carp fish create patterns in the ponds surrounded by sculptured pine and weeping willow trees. Stone lanterns softly illuminate the setting at dusk. A commemorative pagoda on an elevated plateau at one end was donated by Hawaii’s Japanese community on the Centennial Anniversary of the first Japanese immigrants to Hawaii. 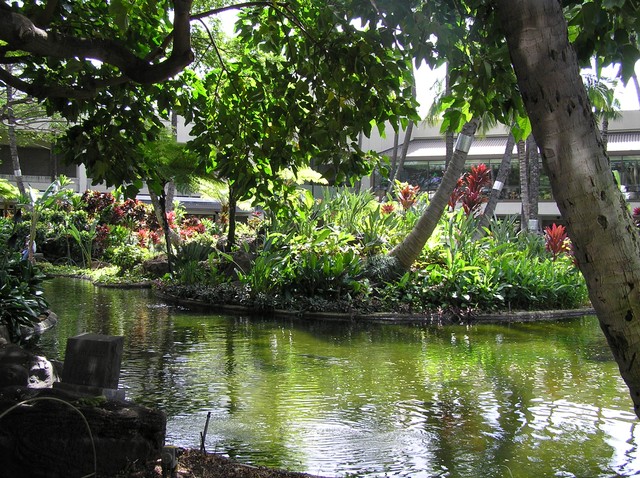 In the Hawaiian Gardens, there are quiet lagoons filled with koi fish, gurgling springs and waterfalls cascading down lava walls. In a tropical setting, banana, coconut, hala (pandanus) and kukui (candlenut) trees shade ti plants, exotic ferns, such as the lawai and monstera and eye-catching flowers, white ginger, red torch ginger and bird of paradise. At night, Luau torches illuminate the garden. You will also find plaques commemorating the 25th anniversary of John Rodgers Terminal on October 15, 1987 and a beautiful kukui nut tree planted for the occasion. 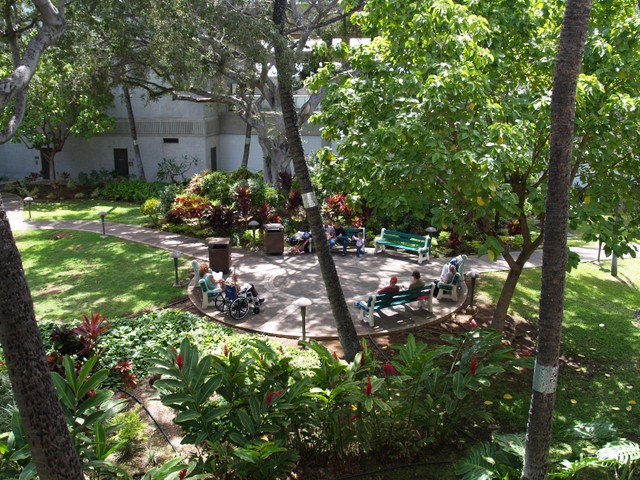 The C.B. Lansing Garden was constructed in 1995 when Terminal 1 was built.  It is located on the ground level of the makai end of Terminal 1. It is named in memory of Clarabell Lansing, chief Aloha Airlines flight attendant who died in the line of duty on April 28, 1988.